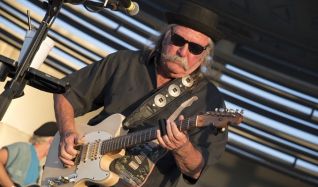 LEGENDARY BILL BLUE IN CONCERT FEBRUARY 4TH 2022 AT THE KEY WEST THEATER Last fall Bill Blue got some very bad news. He had large tumors on his voice box. It was too late for treatment. His voice box would have to be removed. “I will never sing again.” After a year of surgeries and follow-up treatments, including several rounds of radiation, Blue has been declared cancer free. And,  as a follow up to the Bill Blue Fundraiser at the Key West Amphitheater last spring, Conch Town Records is pleased to announce Bill Blue’s Sing Like Thunder Revue. The concert will feature Bill Blue playing the hits he wrote over the past forty years, with various friends as guest stars singing the lyrics.
Venue Information:
Key West Theater
512 Eaton St
Key West, FL, 33040